its_ann said:
No. They’re best friends. If you watch their stories or hers, you’ll know what I mean. He’s very flamboyant lol.
Click to expand...

Okay ! Thank you ! But it seems she is really no more with Baelyn's dad. Haven't checked her insta in a while now

its_ann said:
No. They’re best friends. If you watch their stories or hers, you’ll know what I mean. He’s very flamboyant lol.
Click to expand...

I saw that pix and my gaydar went off...my brother (who happens to be gay.)..and I sometimes play that game of are they or not.....heck...I knew b4 he came out

spanky said:
Also Korean and Chinese celeb are a little more conservative. That why their media has to be that way as well.

C drama BL is always bromance....CCP control all. They chose who they ban
Click to expand...

Doesn't help to be conservative on the outside when really you are wicked inside. The idea to keep a certain image is mentally draining, China and Korea needs to learn this. I gave up on dramas from these countries because I can't take the fake clean image.

Sacred said:
"Karn Kridsana" is still very much rumor, not confirmed. Recently Nadech said he had nothing after Lai Kinnaree.
Click to expand...

So Lai Kinnaree is happening? I thought it was shelved...

Ccp has canceled Zhao Wei....looks like ruby lin is next....but she faded herself out and going to focus on Taiwan market....smart girl.

Looks like CCP is going on a cleanse as an example....

GoldenKey said:
So Lai Kinnaree is happening? I thought it was shelved...
Click to expand...

They say it is. But still there is no official update from Act Art. Maybe they would wait for "Bad Romeo" shooting is done.

Probably there will be news next month.
L

Not related to Thai but just curious about what people's opinion in here think of Zhang Zhe Han's situation bc he was also cancelled in China before Zhao Wei?

lakornwatcher said:
Not related to Thai but just curious about what people's opinion in here think of Zhang Zhe Han's situation bc he was also cancelled in China before Zhao Wei?
Click to expand...

He is being made an example of. He had pix taken when he visited Japan for a friend's wedding.

Ccp act like their shut don't stink....they were also cruel to Koreans when they invaded them.

That billionaires in China spoke out against them and pretty much disappeared.

Ccp will make you disappear and erase you.


Another actor was ban...she's Taiwanese?...she posted support for the Taiwanese Olympian

What her name CRYSTAL? LIVE action Mulan...who said she supported the CCP HK police who beat the protester....

Crystal Liu is banned too? I didn't follow her much. Only watched some of her movies only.

I don't watch all of Zhang Zhe Han's movies/Dramas but I've seen Legend of Yunxi and liked him from that but still don't follow all of his work. Just recently I heard that he got really famous from Word of Honor so I started watching that one too. It's sad that all of his previous and current work is all getting wiped out from Chinese E.T. I think for sure he deserves punishment but not to this extent.
B

CCP is so over in case of ZZH, come-on half of Asia was under Japanese occupation, but the rest doesn't react like they are the only one suffering after more than 70 years to be condemning anyone who happens to take picture at some historical shrine. Hiroshima and Nagasaki literally wiped-out by US, but Japanese didn't go on this nationalism aggression to an of their citizen pictured in some war memorial in US.

What CCP is doing in Hong Kong is not right too, silencing their critics after promising Hong Kong of separate administration
S

CCP doesn't do many things right though, I do agree with them on them taking down fan sites because now a days fan's are crazy as hell, people supporting Kris Wu need to know that it's never going to happen and they need to tone down their delusions but Zhang Zhe Han's case is totally unfair, and it's something I'm really sad about because like many other fan's I wanted Zhao Ge to air, but that's off the question now unless they refilm it which is hard for Chinese dramas because they have like 40-72 episodes, unlike what Kdramas did for Ji Soo's drama (Rot in hell btw, along with Kris) oh and I do like the CCP's way of punishing their idols like Kris Wu (Since as a previous and devastated fan (EXO is my ult ult), I'm glad to see victims finally getting their justice after seeing Kidols who use drugs sentenced to 4 years and rapists for 2 years, or no jail time. Like bruh?
B

Wow.. future is over in the industry for him.

They want control...they will erase ppl ...celeb or billionaires business ppl because it challenges them and their control.

Crystal L is not bad...my point is her saying that to please the CCP. SHE is saying she agrees with the police violence on the HK ppl protesting for the freedom.

Censorship is crazy. I listen to Lilly tang Williams. She use to be part of the ccp. Forced. She broke off and escape to America 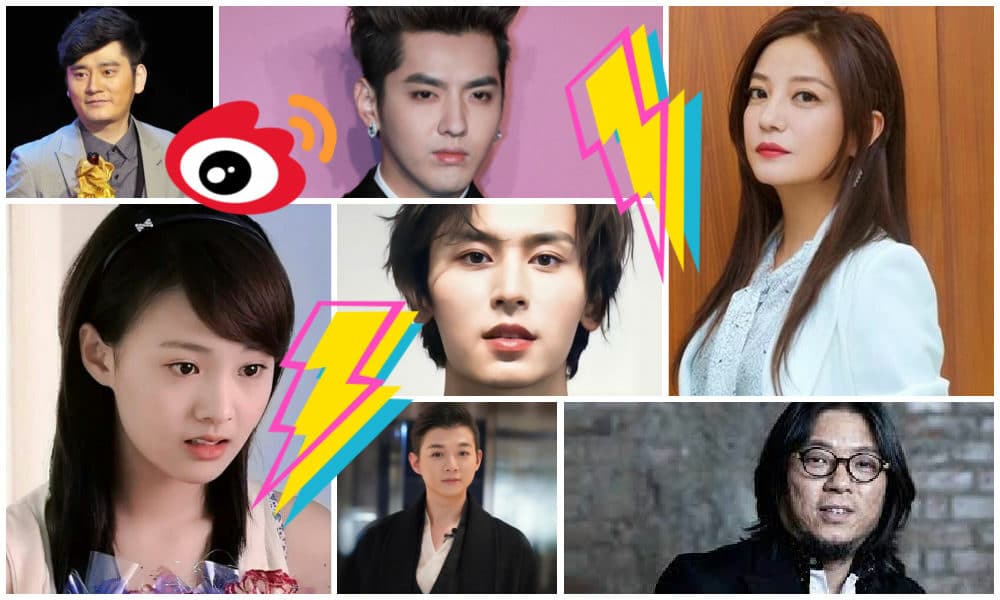 The 8/26 and 8/27 Blow to Chinese Entertainment Circles: Is the Storm Still Coming?

I'm still hoping that there's a miracle that Zhang Zhe Han can someday come back but it really doesn't seem like that'll happen. He has so much charisma and onscreen presence. Such a wasted talent. Sad to see his career go down like this.

Now Zhao appears to have become the highest-profile victim of a Chinese Communist Party crackdown on celebrities and billionaires.

In 2016, Zhao was again questioned for her political stance after inviting Taiwanese actor Leon Dai Liren to join the movie No Other Love that she directed.

Dai was regarded as a supporter of Taiwan Independence and Zhao was urged to change the actor. 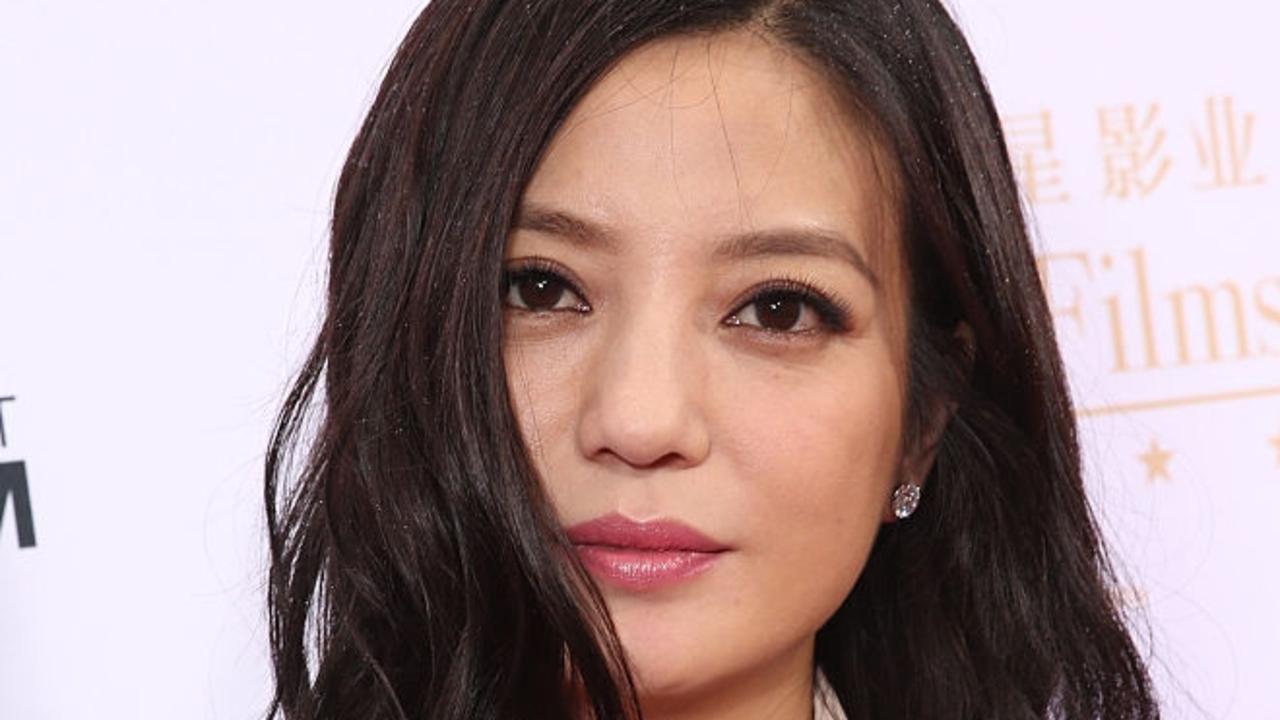 She has millions of adoring fans. She’s worth billions of dollars. But Beijing has all but erased actress Zhao Wei from history. And they won’t say why.


They are being made example of to keep others in their place/ in line
Last edited: Aug 30, 2021

Hmm...the CCP cancelling culture is no surprise. They are just doing what most communist countries do, impose strict rules and make sure everyone is loyal to the party. By the end of it all, maybe there won't be a Chinese entertainment industry and I ain't complaining. lol In recent years, they haven't had many memorable works come out of China. Korea still dominates film and dramas.
B

It seems like CCP suddenly woke up from their dream and realize all the freedom they are giving to the citizen is not good their communism value. 20-30 years ago, they are basically just a bigger North Korea. Then they open up for globalization, and now they want to clam it down.
P

Anne22 said:
Lol the result of too much pda after SW ended.
Click to expand...

I must reply to you there a few thing that you have wrong those photos that were supposed to be of Tyfoon and Mook were fake if you look at the two photos you will see they are of two different place can you recognise either of them the were made by a hater called Mina-mira9 who put the photos and rumous around Tyfoon and Mook are not in a relationship and do not have couple rings about the party that was Mook did not go to that party withTyfoon he was there Mook left early later early Tyfoon rang her telling her to go to the hospital to get check as someone tested positive that was there after a Mook left but still had to get tested and of cause was negative then she went home this Mina-mira9 open up a nother Ig acc under a different name I found it by accident about two weeks ago she had every thing fake she even took a interview that Mook done on the 22/12/2020 and put her own words to it that Mook was rubbishing Kem but the original says different it was really about Mook and Kem to her families at bannaimong and also about there next lakoen together Mook has a boyfriend it’s kem there have been together since So Wayree Kem was away doing Merit at the time of the party and photos being out there he knew Mook was going to the party and Tyfoon would be there it was no problem for Kem as he new about all the rumous going around as he has had them himselve.sorry I have written so much but I wanted you to know the truth that what this Mina-mira9feeds of people believing her lies.

It seems they are going after ppl who holds duel citizens? 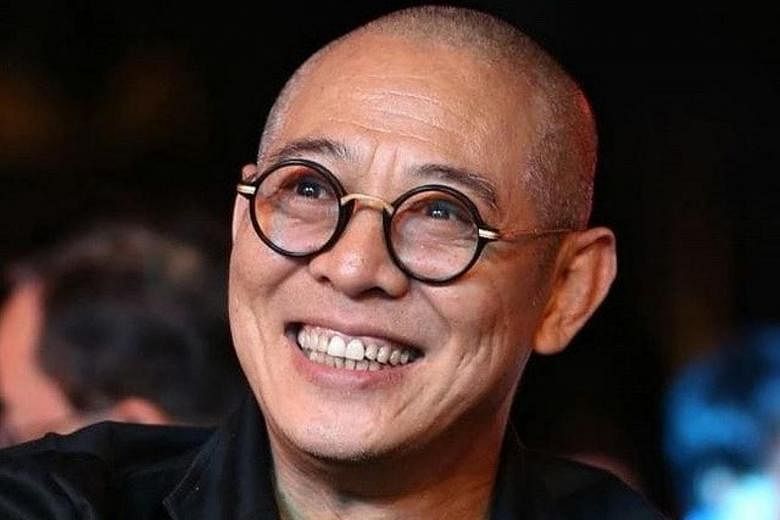 A list of seven names has been circulating online in the wake of the actress' scandal. . Read more at straitstimes.com.