In The Warlords, three men, imperial Chinese general Pang (Jet Li), bandit leader Zhao and young outlaw Jiang (Takeshi Kaneshiro), form an odd brotherhood during the chilling war against the Taiping Rebellion. Pang's regiment is growing strong and greed for more power is also making him ruthless. Zhao, who believes deeply in code of honor, does not share Pang's ambition. The brotherhood eventually collapsed when Pang murders Zhao and takes Zhao's wife Lian away. At the inauguration of Pang's governorship, an assassin shows up. He is Jiang, the third brother.

The Warlords reinvented the story told in martial-art director Chang Cheh's Ci Ma at a much bigger scale. In fact, the story of Ci Ma was inspired by a true incident, the assassination of Governor Ma Xinyi by Zhang Wenxiang in the summer of 1870. There have been many theories for explaining the truth of the incident and none of them is conclusive. But it has never stopped novelists and playwriters to invent their own stories behind the assassination.

The Warlords started with a remake of Ci Ma and ended with something not-a-remake, according to director Peter Chan. Shot at remote locations near Beijing, The Warlords is Chan's most ambitious project so far (His last one is Perhaps, Love, a musical with a love triangle.) Chan intends to show the rawness of war. Thousands of extras were asked to wear dirty and rusty uniforms to act in battle scenes, which in nowadays are more often done by CG animation. From the trailers we can see the imperial soldiers and the rebels are fighting with a mix of weapons seems from different centuries, swords, spears, bows, muskets and cannons. This is authentic for that war between the crippled empire and the equally corrupted Taiping from 1851 to 1864. 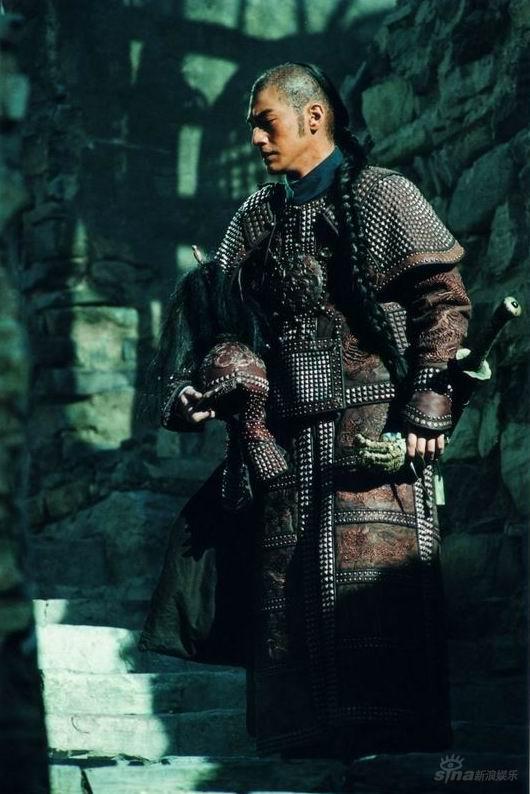 how cool, love both guys!

wow, cool movie...can't wait.
I thought that jet is retired from makin movie. Cuz I heard that is last film was the fearless and he want to retired. mmm....

Staff member
Awesome movie; I give it 9/10 =.= This movie totally made me hate Jet Li; He did an awesome job in being a jackarse. Two parts I totally wanted to cry on; I normally don't like War movies, but I have to say this one is pretty decent or great for a war movie;

I didn't understand the ending. But I like the whole love triangle thing.


ceda_lee said:
I didn't understand the ending. But I like the whole love triangle thing.
Click to expand...

the ending basically jet li was tricked into getting rid of the mountain tribe leaders aka 2nd brother and then he is assassinated by the people who he betrayed his friends for and 3rd brother comes after him -.- in reality he was telling the story up until he attempts to kill jet li