Rome Patchata Claims That He Did Not Get Fatter, He Just Feels More Wholesome

Translated interview from Sanook: http://news.sanook.com/1847619/
Rome Patchata Claims That He Did Not Get Fatter; He Just Feels More Wholesome. 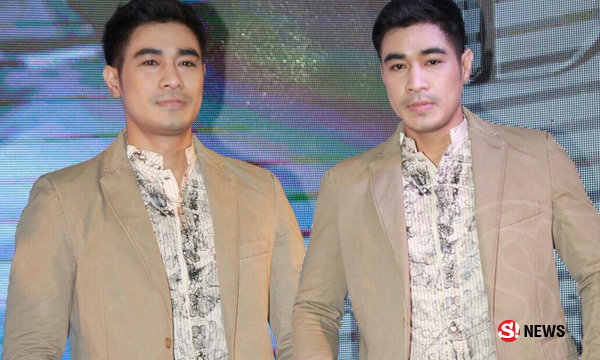 It makes it hard for others not to question the change in leading actor Ohm Atshar's (Rome Patchata) appearance. After taking a hiatus from work to better take care of his father, who's in his last stage of cancer, recently Rome made an appearance at an event for De Grand Medical Center. He clearly seems to appear more wholesome. For this event, Rome revealed that he has been exercising and eating more. As a result, he appears bigger than before, but he doesn't want to use the word "fat." In addition, his father is doing much better now. He is now ready to fully go back to work on lakorns.

Today, we were finally able to see you at an event.
It's been awhile since I've been out (laughs). I get excited each time I attend an event. I have to thank my fanclubs for coming out also. It's a good thing to have frequent work.

Your body seems to have gotten a lot bigger.
(laughs) I've gotten more fit krap. I've been exercising more. Right now, I feel that everything is perfectly falling into place.

Has anyone addressed the change in your appearance?
Did it improved or worsened? (laughs) It feels more wholesome krap. Right now, my weight increased up to almost 85 kg (187 lbs). I've gained 10 kg. I wanted to gain because I've been exercising. I'll have it leaned out. It'll probably take 2 months.  I still love to exercise. I do it for my health as well. Everything right now is happy and falling into place.

Did the lakorn you accept to play require you to gain more weight?
I do it just in case so that if anyone wants to see, they'll be able to see (laughs). (He's funny. Lol)

Many people are shocked that you appear fatter.
I didn't get fatter. Don't say fat (laughs). I'll lose my image. I'm exercising more so I have to increase my food intake as well. Before, I appeared scrawny. Many people like this. It appears more wholesome.

Are the elders okay with this?
The elders probably had just seen me for the first time today also krap (laughs) In a moment, I'll probably have to lower to 70 kg.

After this, will we see you accept more events?
I probably think so. I want it to be more frequent krap. My lakorn will be on air August 18th as well.

Is your work queue full like before?
After not playing for so long, right now I have two lakorns krap. I want to thank the elders for still trusting me and giving me work like before. As for my queue, my lakorn will be on air August 18th. It'll be the premiere for lakorn Taypaboot Soot Wayha. I also will start shooting Angkor. As for with p'Kai, I will be playing with nong Matt krap. Right now, my queue is busy from Monday to Sunday.

How is your heart right now?
It's good and normal. Just going with the natural flow (laughs). I always make time. I have to call it something special sometimes. (He's dating?!? Who? What the..)

Your father's condition has gotten better right?
It's okay krap. I'd say that his health has gotten a lot better in comparison to before. We've been keeping track of his condition for three months now. I feel that one level of stress has been lifted off my chest. So we are able to return and be like before. My father always pushes me to go back to work. 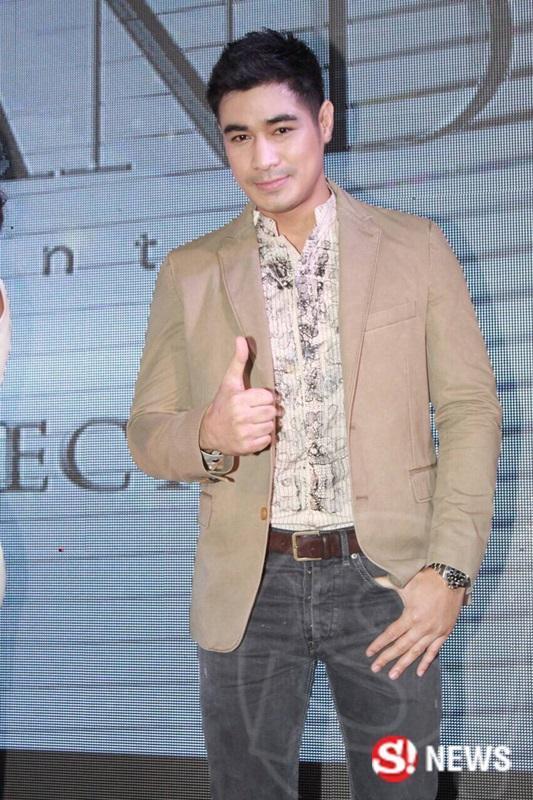 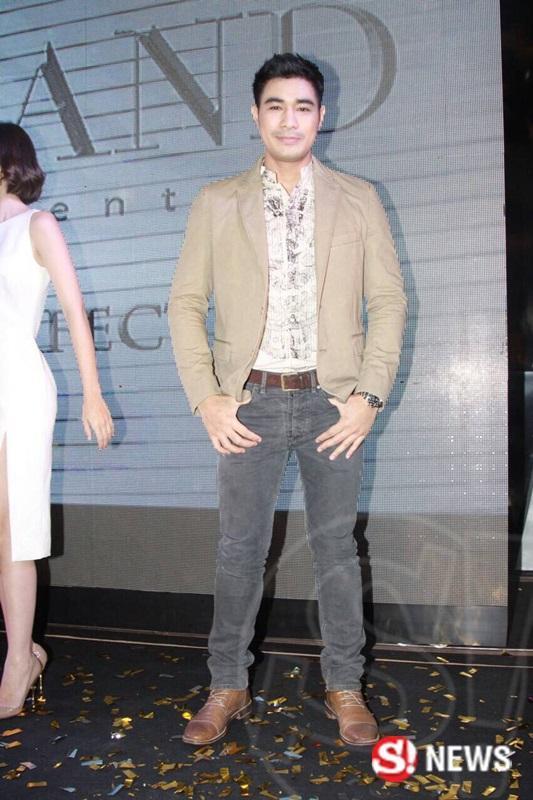 He's not even fat. Lol. I'm glad he's going back to work and reuniting with Matt. So happy that his father has gotten better also. But is he dating?!? I want to know who! Lol. How come I've never heard of this before??? Did I read something wrong? As for his rant about his weight, I'm not sure how accurately I translated because I don't know which metric system he's going by. Lol. He just said 85. Since the U.S. uses pounds instead of kg like the rest of the world, I'm going to assume he's referring to kg. Someone can read the interview and tell me what to correct. Lol.
N

Awww I want to know who he is dating too!!!
B

I thnk he looks good and healthy. I like his chubby self in the lakorn with Matt. I thought I didn't like it but when I saw him skinny, I knew him being a little meaty is better.
M

I agree. I thought he was meaty too in his lakorn with Matt, but after seeing him in Fai Lang Fai, I like the meaty Rome better.

Rome was in perfect shape in RNJJH, he looked so cuddly and snuggle-able LOL

Lol, like how he just laughs. He looks fine to me. Cant wait to see him with Matt.

He looks fine, but those brows need to be lighter. Haha.

Rome to me is not aging to nicely, the weight doesnt bother me, js his overall looks, he look so different now.

My memory of Rome was this handsome ambassador in Kularb (which wasnt even that long ago), i was kinda smitten lol and he actually looked really good in that lakorn with Janie aswell. But in the twin lakorn with Matt he looked.... ;(

But he gets big points for being a devoted son
N

It's all the stress and insomnia that aged him.

Rome actually looks better than he has in the past years. He was gorgeous during his prime time. <3 Glad to hear that his father is doing a lot better and I can't wait to see him back on-screen.

Yeah he's not aging very well at all, but that doesn't mean I can't love him still. Hehe. I love you forever and ever Rome....
B

He's probably going to lean out nicely. This is the process to get nice definition.
M

But what caught my eyes is the lakorn title "theppraboot soot wayha" that will airs soon. YAAAAHHHHHHHH I love that lakorn.  Glad to know they're remaking it and glad is with Rome instead of people I don't like.  Will definitely tune in for sure tomorrow!