I'm super late to this drama!!! Due to the busy work schedule

Anyone know where I can watch it with eng sub????
P

YadechTaemint said:
It seems like not many people even want Tik as the pra'ek anyway so no one would miss him I'll hold off on wanting NY to be in that together until I hear more about the plot. Also gotta give them that 2-3 year period to work with others T_T

Also, back to the topic of who will have their queue in the future, I just remembered that during the Fantastic 3/Vic Big 3 thing in February, the only other pairing (apart from the main casts of BPS) that Khun Nong posted a video of was NY

So she must really want to work with them like some people have mentioned on here before. I think the only Broadcast lakorn I've watched is BPS & that was ok in my book so hopefully she gets their queue in a few years - it may even be for a period lakorn I need to see Nadech in a period lakorn soon, no matter who the nang'ek is
Click to expand...

Just 2 years will do, I don't want to wait any longer. I loved Tik with Aom in both their lakorns, but he seems a bit stiff now, not as playful and touchy as he was in his younger days. Definitely not main character material anymore.

Look how sweet they r..... Next monday n tuesday r dead to me after LR ends

Yes yes yaya we know he's yours...glad to know she is human and is as affected by nadech's loving stare as we r lol. Always thought she had superpower since she rarely looks so caught up by his stares

@YadechTaemint U changed ur Dp again...n u changed it to the pic that i was about to change mine too LMAO...he is seriously looking so fine these days ><

Lyly_isthebest said:
Gonna spam and it get it out of my system while i still have my free time

Look how sweet they r..... Next monday n tuesday r dead to me after LR ends


Yes yes yaya we know he's yours...glad to know she is human and is as affected by nadech's loving stare as we r lol. Always thought she had superpower since she rarely looks so caught up by his stares
View attachment 16931

@YadechTaemint U changed ur Dp again...n u changed it to the pic that i was about to change mine too LMAO...he is seriously looking so fine these days ><
Click to expand...

Btw i just realised that Sara Legge and Indy (Prince Alan) were nvr at promotions/concerts for this drama? They are the 2nd leads right?

reydevan said:
Btw i just realised that Sara Legge and Indy (Prince Alan) were nvr at promotions/concerts for this drama? They are the 2nd leads right?
Click to expand...

Apart from the promotion they had for the start of the lakorn, nope they haven't been to anything else. Another reason why I want the whole cast to go on Today Show
Y

ViXen said:
Pls msg me too

Pls msg me to pleeeeass....

m9saeteurn1 said:
They have a new page under a new name. I can msg u the name of needed.
Click to expand...

The ch3 concert for LR which has been held 2weeks ago but ch3 released it today lol.

This version from nokbanpha seems to be cut out but this is the only one available on youtube for the moment
cr.nokbanpha


Full show from Urassayaclub, Fancams are the best!

JUST TWO OF US IN OUR OWN WORLD

The way he used to look at her 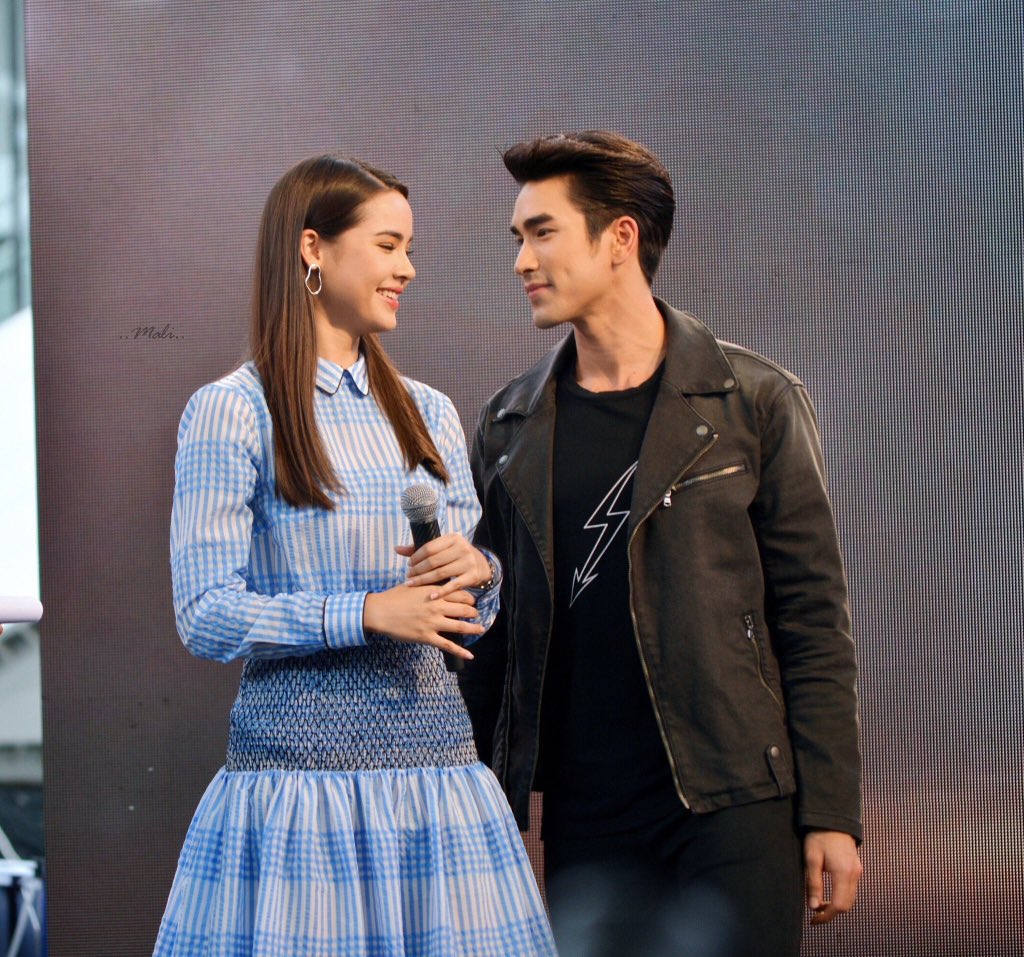 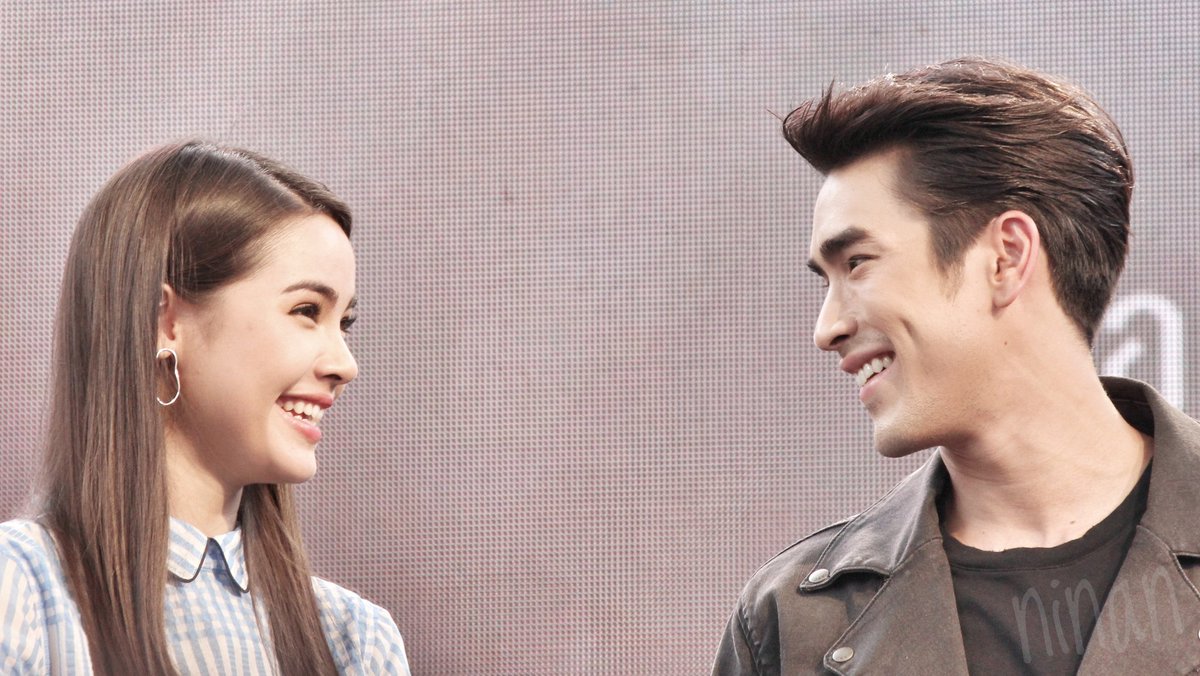 It works in the other way too haha I understand why Na prefers to look at Yaya haha. Some lucky fans yesterday. The whole pics here:
https://www.instagram.com/p/BkHm3oLjQLJ/?hl=fr&taken-by=kathy_xinru

Anyone know if the broadcast times will be affected by the world cup matches?
J

m9saeteurn1 said:
They have a new page under a new name. I can msg u the name of needed.
Click to expand...

Can you pm me the link, please?

I want to hug Na as well

YadechTaemint said:
Anyone know if the broadcast times will be affected by the world cup matches?
Click to expand...

According to Anne, there is no change for the moment Behind the scenes are always sweeter than lakorn with NY Spoiler from our Chinese friends
https://www.instagram.com/p/BkISPB9jWjV/?utm_source=ig_share_sheet&igshid=1mk7ulz4v8pt1

WILL How dare you touch our PooPan. GTFO.
I want to see how your face looks like in ep 12 LOSER

Hi ladies, I am so sorry! I didn't realize it's not the free site that is available.
A

lavie93 said:
Yaya's singing skill isn't bad at all. I think she can be a singer if she pratices more and follows a vocal music class. I think she sings pretty well in Make it happen MV
Click to expand...

That is true. She has pretty good vocals. I say that because I sing. When I heard nadech and her sing especially in English, I thought she has a natural singers voice. Nadech can also sing because he’s a natural artist ( he liked many forms of arts and that trickled down to music as well including playing different types of instruments, all those can be learned, but vocals is something you either are born with or not, though you can take lessons to improve it.. yaya is a little more gifted in that area.

This song SHE when I heard this song when I was younger I thought it was one of the most romantic song a man can sing, I meant lyric wise..It has also a beautiful melody. I heard it sang by men to special women in their lives, I heard it sang by a singer for his mother. So when I saw it on twitter I initially thought nadech was singing it for his mom..lol.. but when I clicked the link.. it was nadech at rangsit in a singing contest lol.. I know nadech loves music. But he really must have loved it and felt really confident enough to join a contest...hmm perhaps he’s just doing a special performance? I wonder why that song ..lol
If I were to listen to his raw voice , he has a pretty singing voice . The only thing is he seemed almost always excited when he sings. I would attribute that to his passion for singing perhaps.

in singing, your nerves should never show. Whether you’re nervous or excited, you can’t show that. You have to hide it. And sometimes it’s hard. Because in singing you need to control your breathing , and if you’re say nervous, You’d be hyperventilating instead of holding your breath. So you’d end up being short of breath . As a result it would be hard to hold the notes of any words. When you’re excited your crescendo and decrecendo is affected . And the song SHE is made more romantic by that little music technicality.

In this particular song he doesn’t sound nervous but excited. It’s undestandable becsuse of likes singing.. Excited is actually better than nervous..lol.. at least he’s isn’t short of breath cause that can actually cause some people to pass out or faint . lol.. he has good vibrato..only his crescendos and decrecendos were somewhat affected. By that I mean he sounded good but the parts where he has to sound low and sound louder which makes this song sound even more romantic because it give so much more feelings to the song were affected because of his excitement,.. you could tell he’s excited because of the way he sang the very first note of the song. Which happened to be “she”.. knowing this song, this first note normally is sang very gently..almost like a whisper..however he blurted it out from excitement,,lol it still sounds good. All throughout the song because it’s a simple song with no belting or other technicalities. It just needed feelings. Which he had. Except he was bringing more excited feelings.. .., If he’d gotten a coach this song would be so romantic. But he did give it justice, ..
Just wondering how he knew about this song and why he chose it..lol
Oh and what he was thinking ....lol..

m9saeteurn1 said:
Hi ladies, I am so sorry! I didn't realize it's not the free site that is available.
Click to expand...

Even the one that’s not free disappeared. There’s no place to enter the password given to people who donated. It just says restricted access.

sasuke06 said:
Those who understand thai, don't be lazy and try to learn how to read thai!
Click to expand...

If only Nadech was the teacher then I am there EVERYDAY for lessons. However, pretty sure I would purposely failed the class just so I can retake it every semester!