OMG, after a long drama drought, I’ve become so addicted/obsessed with the OTP in this Indian drama called “Shaurya Aur Anokhi Ki Kahani.” I’m normally unable to stomach Indian romance serials because very few are subbed and they’re often filled with ridiculous plots, unbearable evil people scheming, and no endpoint (story keeps on going until it loses popularity, often at the detriment of its characters/narrative).

But the leads’ love story and incredible chemistry make the show very much worth watching. Despite the issues I had (FL constantly victimized, the horrendously written ex fiancée who comes in much later, and rushed ending), the OTP's passionate romance and the ML’s possessiveness/determination to be with the FL at all costs completely won me over! Love their professor student dynamics -so hot!

I loved how the series’ main focus is on the leads’ character growth/love story instead of evil people scheming (thank god). And even when there are some schemes, they get resolved very quickly instead of being dragged out for dozens of episodes.

I also love how almost none of the antagonists are one dimensional caricatures (except the ex fiancée, but she doesn't really come in until after 100 episodes) and that the show balances them out with quite a few likable supporting characters. In fact, the two most powerful antagonists (ML's oldest uncle/aunt) are both weak to the ML due to their love/care for him. They would never harm him. It's awesome how much power the ML wields and how capable he is at resolving difficult situations!

And aside from the last 10 episodes, the series never forgets that the love story is front/center and what a love story it is: After it starts coming into play around episode 64 when he first gets jealous, the ML’s denial/ observation phase and jealous scenes are one of the best I’ve ever seen! Certainly had me squealing like a fan girl!

I hope the ML’s actor becomes a major star because he acts with his eyes extremely well (I’m very partial to actors with expressive eyes that emote like nothing else) and absolutely nails his character. He gives off Mr. Darcy vibes and I can’t get enough of him and the FL’s scenes. Their chemistry is intoxicating!!! I'm having the ride of my life watching this hot, powerful professor who's always been in control of himself and disdainful of love (views it as a weakness after seeing its harmful effects on his dad) becoming increasingly unhinged/irrational due to his growing feelings for his student. She challenges/gets under his skin like nothing else. It's so much fun watching him constantly be bewildered by these alien feelings and shoot himself in the foot whenever he gets jealous. His growing possessiveness and uncontrollable jealousy later results in him being brought to his knees by the FL. Without her, he's a dead man.

My favorite scenes are when he saves the FL from goons and the aftermath, when he insults her due to his jealousy and later apologizes (resorting to stalking/kidnapping, lol), when his sister-in-law teases him about his feelings, and his revelation that he may possibly be in love (got grilled by his family about what he seeks in a life partner and he lists off qualities only to realize that he’s describing the FL -his facial expressions were priceless and the song/montage made the scene absolutely magical). And of course, all the jealous scenes, lol. He loses it every time he sees the FL with the police officer 2nd ML (awesome lovable character too).

Truly one of the best MLs ever and he's extremely hot/swoonworthy. He has so much chemistry with the FL that I just can't get enough of their relationship. He truly gives me the feeling that life won't exist without his FL. Upon falling hard, he'll never give up on the FL and will prioritize her over everything (love how he handles his troublesome family). Lol, also love how he constantly needs to be close to her and can't stand being away. No matter how cool/confident he is, the moment his FL's in trouble, he just loses it.

Of course this series is far from perfect and has its issues. One is the fact that the FL is victimized too much (after running away and getting admitted to the ML's college, it seems she’s constantly a damsel in distress and is unable to resolve anything on her own without help from the ML and his parents). She’s also a little too nosy and that got on my nerves. But she does become more mature/independent later on and overall, I do like her and really admire her resolve/determination to seek higher education and fight for gender equality. I also love how clueless she is whenever the ML acts irrational due to his growing feelings/jealousy. Lol, he barks at her and she's thoroughly confused, thinking he's bipolar. So entertaining to watch...

The other major issue is the ML's ex (he never loved her) that appeared at the very beginning and is later brought back after 100 episodes. Her character is nonsensical and horrendously written: No other antagonist is as much of a caricature as she is; she's like the cockroach that just won't go away and is always interrupting the leads. This drama really didn't need her antics (ML's uncle and aunt are enough of an obstacle) as the leads' passionate moments are all we really need (too much chemistry) and what's worse, she's such a badly written character (absolute abomination) that I can't take her seriously at all. She keeps lurking around despite the number of times the ML makes it clear that he only loves the FL and will never be with her. After all those rejections/humiliations, no girl could possibly continue hovering around. She's an absolute joke of a character and I later FF'd all her scenes.

But issues aside, the love story is absolutely worth the watch (can FF everything else esp. ex fiancee scenes after episode 104) and the leads have plenty of scenes together as their love story is the central focus. The ML's later possessiveness, persistence (never gives up on her and never resorts to noble idiocy), and need for the FL gave me heart palpatations! I'm haunted by them and can't get enough...here's a fanmade mv:


Ooh, I'm also addicted to the drama's theme song, "Jo Tera Howega" (can't get it out of my head) and was ecstatic when it was featured in an official mv that's directed by the ML's actor and sung by the FL (they actually star in it too, so it's like the honeymoon we never got from the leads in the show):


If interested, you can watch the drama here (186 episodes total, but they're 20min each, so really a 62 episode drama if each is one hr. long; 3rd server CAJITA TOP is the fastest): 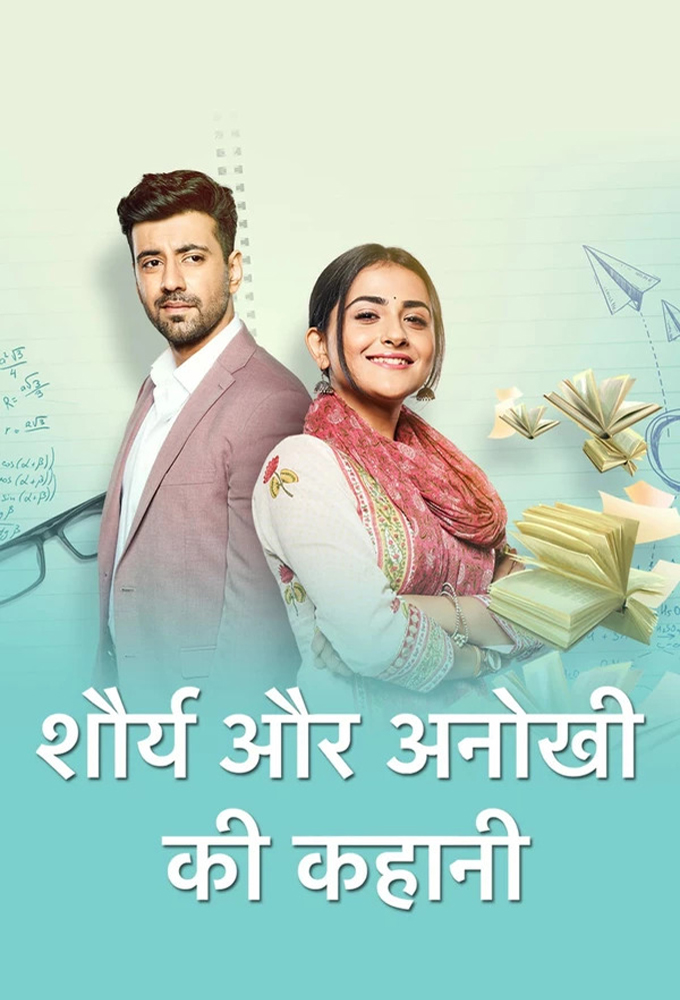