the storyline,genre and those photo make me interested with this lakorn.have not watch margie for while now.maybe i will tune this.

The show from VicBig 3 was honestly boring, but the teaser was amazing. I love the way ter speaks. It sounds adorable.

Airing after Ka Badin. Margie's other lakorn with Great will also be airing so she will have two lakorns on air.

Yay!!! Two of my most anticipated lakorn of Margie airing together makes me so happy. I've been waiting so long for Tai Ngao Jan too. Can't wait to see my first Parada on screen again.

Double Margie! This is insanity! Looking forward to it. That means this is airing soon.
M 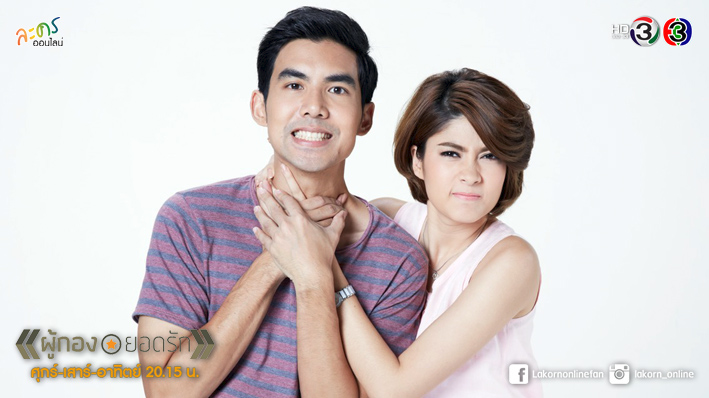 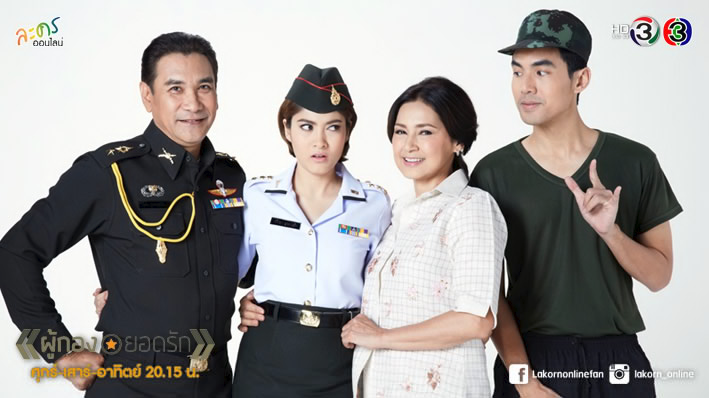 This will be airing July 3rd from Fri-Sun.

Poo Kong Yod Ruk is a lakorn about Pan Namsupan (Ter), a young lawyer who had just returned from earning his Master's Degree in Law from England. His goal was to become a judge, but it so happened that Pan was drafted and became enlisted to become a soldier. He is the only son of Khun Kamnampoon and Khun Jan, who are wealthy millionaires from the Golden City. His parents were really upset about him being drafted. They tried everything to get him out of it, even black magic. In the end, Pan decided to enlist himself because he didn't want to use dirty tactics to get himself out of it. He fell in love with Captain/ Dr. Chaweepong (Margie) at first sight. His fellow soldiers will help cheer him on to win her heart. Pan will have to prove his love by facing various obstacles. One of his biggest obstacles is the fact that Chaweepong is the beloved daughter of Colonel Puan. He also has Major/ Dr. Sutisan (Diew) as his love competition. Sutisan has been trying to get close to Cheewapong for a very long time. There will be many competitions to prove oneself against one another.  No matter how difficult the obstacles may be, I just want to conquer your heart so that you can become poo kong yod ruk kong ai Pan (my beloved captain).
B

oooh i love a feisty and tough nek, so a female police captain would be th best candidate, plus i adore margie! Ter looks cute, only problem is he's Diew love competition and im super duper bias towards my Diew lol

I will give this a try

K, js watched the teaser, looks funny, reminds me so much of dao reung though, 80% of the casts in there are in here heh There's very little of Diew in the teaser though *pouts* but he looks so fine in that little snippet <3
M

It sounds cute. If p'ek hides his identity, I will definitely tune in because I like underdog stories.