It's not confirmed. It's just a future project which means that things can change.

I like Mew so I don't mind seeing her in more lakorns. So long as those lakorns do not air all at once lol. Mew is pretty and talented, plus she has rocked all her pairings so far.
M

The lakorn that Dome and Mew will star in is Mon Meu Marn (Devilish Prayers). However, they will probably change the title. It's a book written by Chomjan. If someone can give a better translation of the title, please feel free to do so. I'm not the best at this. 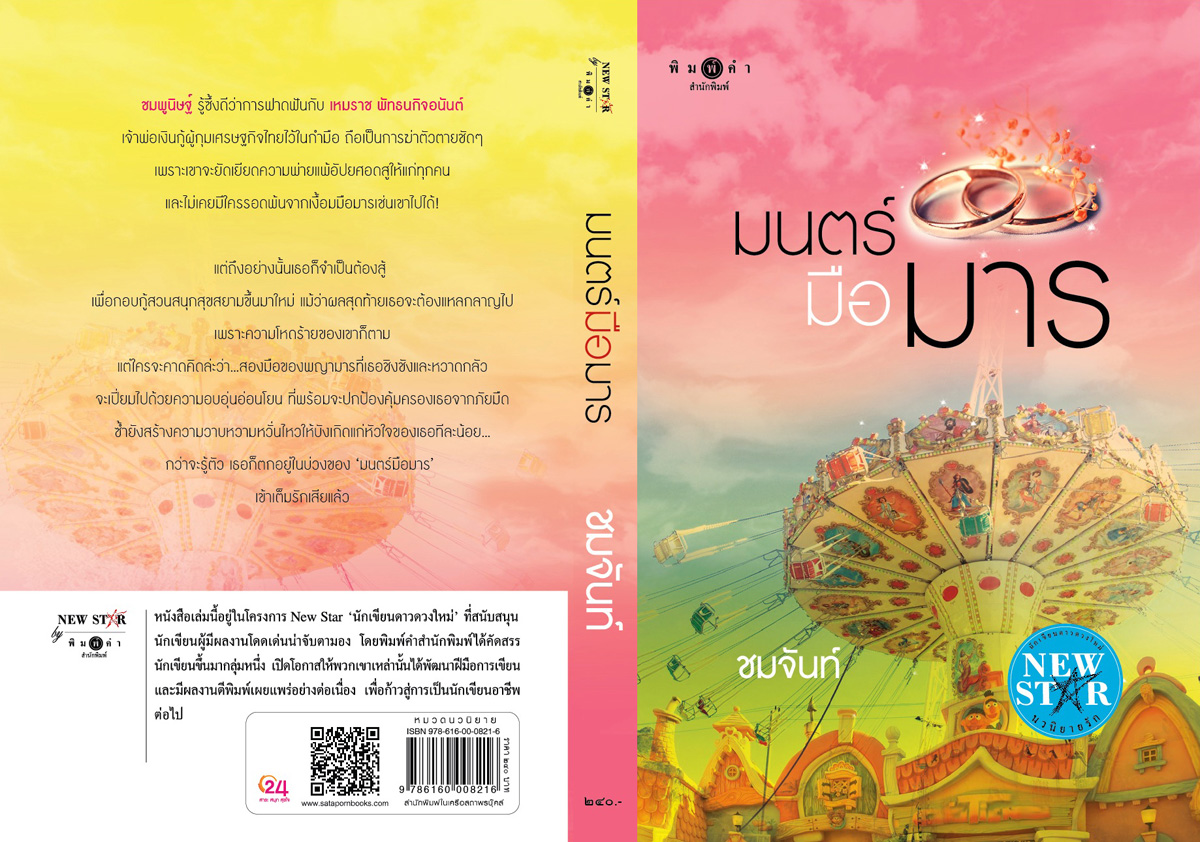 Title sounded supernatural or heavy revenge but it's not. Lol. Basically, p'ek and n'ek are business rivals. P'ek wants to buy the land where n'ek family's amusement park is located. He wants to turn it into an outlet mall. However, n'ek refuses so p'ek does all he can to make her succumb to him. Since n'ek is a pretty experienced business woman,  she always finds a way to resolve the problems that p'ek creates for her business. So they play this business game back and forth not realizing that there's a third competitor hiding in the dark watching them. So when they were most unaware, that third party made a move to clench n'ek's business. P'ek has then fallen in love with her and decides to stop his plans for n'ek. He then does all he can to help her instead.

Love the sound of it. Thanks for the short summary of the novel. I just can't stand Dome lol

I hate Business rivalry type of lakorn but I guess I watch for Mew. Thanks for the info na ka.

This sounds like a remake of Jonny and Noi lakorn...

This lakorn use title that is Buang Ruk Satarn. It change from Mon Mue Marn.
T

Oh no, did Mew's luck for preks run out? Why Dome?

Extremely in love with Phet <3

Dome and Mew looks weird in my head but im still tuning in for Mew! And Dome. The height difference will be cute!

imomo said:
I hate Business rivalry type of lakorn but I guess I watch for Mew. Thanks for the info na ka.
Click to expand...

I totally feel u  :console: , I don't like business rival lakorn as well, it takes all the love story away.. But like you said, Its for Mew !!!!! :yes:


Ntsuab-Ci said:
Dome and Mew looks weird in my head but im still tuning in for Mew! And Dome. The height difference will be cute!
Click to expand...

I have never watch any of Dome lakorn but this will be my first of his. As for the height, it sure is gonna be cute b/c Mew is so tiny/petite and cute in her own lil way.
M

Janie and him were swoon worthy due to the height difference. I think Mew is shorter than Janie so they'll be so darn cute.

spanky said:
errrrrrr....at least he not too ugly hahah
Click to expand...

As long as Dome's hair looks as good as his hair in SSK I'll like him. Haha.
N

But his acting is sooooo horrible! No great hair style can make up for that.
N

I don't know, it's pretty close. Lol Dome is only better cus he's cuter.

Ncmeowmeow35 said:
I don't know, it's pretty close. Lol Dome is only better cus he's cuter.
Click to expand...

We all know that in thai lakorn industry, to be able to play N'ek and P'ek, you "have" got to have "The Look". Comparing  Dome  to Bomb, Dome is way better looking in my eyes. As for acting wise, I don't know b/c I don't watch any of their lakorn. :lol2:  But if both of their acting is   :thumbdown:  than i rather want a better looking P'nang.


CH:3 have some really good looking actors but i do find some (1 or 4) of their  actors to be so "not" that  attractive looking. But what the hell, they end up being p'ek anyways. :ghehe: