After Pa Jaew Yutthana made Look Poo Chai Lued Dued done. His next project that is Buang Hong
He cast James Jirayu as Pra'ek in here, and about N'ek he picked her, but I don't know who, because they don't answer yet. 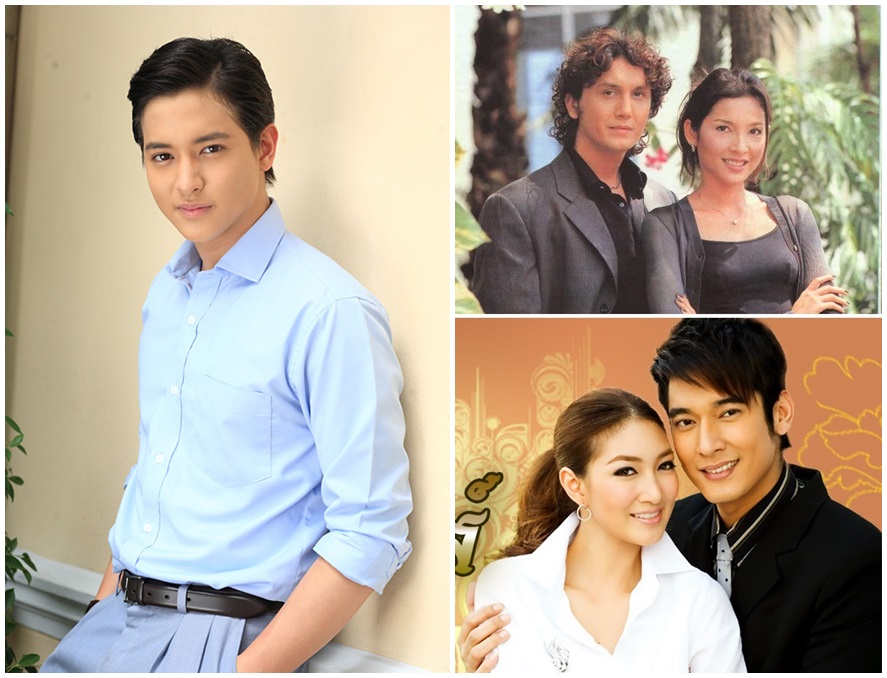 Heh, who knows, they might make a Japanese spin to it. Like he's a Japanese Hotel owner or something. It seems that it'll be a modern lakorn. WOW! His first modern lakorn with Pa'Jaew! This is so exciting.

I wonder who the actress is gonna be. Of course in my heart i hope it's either Yaya or Bella, but I know it's impossible. My wild guess is Mint Chalida. Actually, I have no basis for my guess, I just thought of it randomly  :sweat:

Heck, I'm okay with anyone, as long as it's not Richy!
S

Nooooooo if its Richy, I will skip this lakorn.
I think this lakorn is related to past life or black magic

I think they are all booked lol. Maybe Yam is available.

Step said:
Nooooooo if its Richy, I will skip this lakorn.
I think this lakorn is related to past life or black magic
Click to expand...

The summary is in the asianfuse wiki. I don't know though if it's the same, especially considering both versions were from Ch7.
http://www.sharerice.com/index.php/Buang_Hong_(old_version)

I hope it's a different plot though. This one sounds a tad bit like Neung Nai Suang.

I want it to be Mew too. But then wouldn't it be too soon for her to be working with Pa'Jaew when they just did that lakorn with her and Nadech?
S

OMMMMGGG its a heavy drama. This director always takes stories like this

The summary is in the asianfuse wiki. I don't know though if it's the same, especially considering both versions were from Ch7.
http://www.sharerice.com/index.php/Buang_Hong_(old_version)
Click to expand...

this was my granny favorite lakorn , we love the old version , I even like jonh curly hair

Love the original. ..so funny and I loce the character development

If it's Kim, she'll be perfect. The main character seems to be a spoiled brat but vulnerable heroine type. Kim has the looks for it, and also the right acting chops to draw out JJ. As much as I love the guy, I don't think he's skilled enough to be paired with a newbie just yet.

It cant be Kim if this lakorn starts shooting early next year cos now Kim wants to take break so she is clearing all her queue to go on vacation. She may be going after her lakorn with James Ma.
But if its really Kim, it will be nice to see her with James Ji. She has lost lots of weight, looking more beautiful and slim, they look good

for the other thread i said it impossible to be kim there,  for this thread  i will say it can be all the possibilities are  open she  is clearing her queue for a certain number of days that doesn't block her from accepting other plus i don't think she has a choice to refuse a work she has a contract and i think whatever the channel give her she will work on it she doesn't have choice    but as Sweet_jj said the first question is who is the production , as for the idea of kim and JJ pair i said it before i'm not a fan of james's acting at all he luck the manly passion in his expression   BUT BUT BUT reading the summary OHH PLEASE CAST KIM I WANTED HER IN THAT TYPE OF STORY FOR SOO LOONG  i don't care if it with james or not but i want to see her in that story a rich who turned to be broke i will wait for updates with the hope it's kim

Not sure if I watched the original version with Noi but I did see the Pan & Vee one. I was entertained and liked it. I thought it was a good drama. It's weird how Pan & Vee's version didn't even seem that long ago hahah.

James Ji and hrmmm.... since the n'ek is supposed to be zaap, not sure who'd work for this but I'll look forward to confirmations.

Anyone know if Namtarn is available?

TooMo/TamMo = a matchmade in lakorn heaven ♥

The day I return to AF from my hiatus due to my hectic schedule, and there's possible good news of a new Kim lakorn. Yay. Since James is in here, I doubt the nang'ek is going to be a veteran. That leaves us with the younger generation, and Kim is one of the few from the younger generation who can play these types of characters very well. I think it's pretty likely that Kim will be in here.

1) Kim matches the role.
2) Kim is one of the few, if not the only actress, who's available right now.
3) Kim and James are bound to pair up sooner or later.
4) Pa Jaew has worked with Kim before, and has praised her for her acting skills. It wouldn't be a surprise if he wanted to work with her again. He even promised a KimBarry reunion (but that's besides the point :coverlaf.
5) Noi and Pancake are both actresses with harsh features, and since some remakes cast actors and actresses based on their resemblances to the original actors and actresses, Kim would be suitable for the remake appearance wise too since she also has strong features like Noi and Pancake.

I read the synopsis and it sounds interesting. I'm just a little hesitant for two reasons:

1) I hope it's not another romantic comedy. Most of Kim's career has consisted of rom/coms and it's time she's given heavier genres to experiment and grow in. I've never seen the originals but Noi's version was apparently a drama/comedy according to wiki. If Kim is in here, I hope the genre is heavy drama, revenge, or drama/slap-kiss. NO MORE ROMANTIC COMEDIES OR LIGHT DRAMA/COMEDIES FOR KIM. The plot is perfect as a revenge/slap-kiss lakorn since nang'ek deceives pra'ek into falling in love with her for money.

2) I kind of don't want Kim to be in here because it sounds like it'll be another one of her spoiled/bratty roles. Along with the same genres, Kim tends to get the same types of roles over and over again too. I wish she'd be offered more complex and serious roles. Although her past characters have been fierce, they've all been very childish, hot tempered and naïve. Ever since RP these are the only types of characters Kim has been getting, which makes people think she has no versatility. So if Kim is in here, I hope Pa Jaew will change the nang'ek to be fierce also, but in a mature and conniving way. I want her to be sophisticated, composed, cold and devious, not bratty, clumsy, whiny and immature. No more temper tantrums please. Give Kim a wise and rational character for once.

Out of all of Kim's roles, I'd have to say Nam is one of my favorites. Despite that being her first role, Kim was able to carry the femininity, class and intelligence of a female doctor. Nam was compassionate, mellow and sweet, yet also internally strong. I want Kim to get more roles like that again where she's not just always in people's faces and trying to get her way. Arunsri was another good Kim character. Kim as Nam and Arunsri remind me of Anne as Nalin in Sawan Biang. All are selfless and soft spoken, yet passionate and strong willed. Contrary to popular belief, I know Kim is capable of versatility, because she's given great performances in the past in roles that weren't just proud and stubborn (like her recent characters have been). I hope to see Kim given more versatile roles in the near future. I even want to see her tackle a weak and innocent character.

Anyways, this will probably be for Lakorn Thai or No Problem.

Ever since James and Kim appeared at an event together for Ch.3, I've been wanting to see them in a lakorn. Kim does look very mature for James, but hey, if Bella and James can work, so can Kim and James. Plus, who knows? Kim may be the one to bring out the best in James. Kim has that effect on her costars. She generates chemistry with everyone, with the exception of Smart. But Smart doesn't tend to have chemistry with anyone anyways. Even Boy and Kim, who I didn't think were going to have much chemistry, and who didn't show much chemistry in pictures, were surprisingly cute in NRTR. Boy is now one of my favorite costars of Kim's, after Nadech, James Ma, and Ananda. I just need to see them in a slap-kiss lakorn and I know I'll be fangirling over them. :coverlaf:

@Peace, your comment made me LOL hahaha. We'll see if Khun King Somching would be would be able to teach Jj a thing or two about "manly passionate stares". Maybe he improved after Padiwarada
M