55 turning on 15 theme. An ensemble of veteran actors and GMMTV's next gen of actors

I don't know yet who'll be directing this (I saw him in the live video but I can't recognise him), but I'm still at awe that GMMTV got the great Nok Sinjai to act in one of their series and give her an offbeat role.

But then again, P'Nok has been appearing in teen/young adult focused series in recent years - "The Stranded", "Until We Meet Again", "Fak Fah Kiri Dao" and let's not forget the classic "The Love of Siam".

Looks like this has the same production team as "Girl Next Room", interesting.

Said to be airing around May. And did I read it right that this will air over at One31?

This will be one of the first Thai dramas that will be part of Disney+ Hotstar. It is said to premiere there one month before it airs on TV. 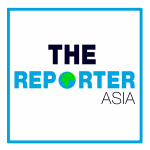 Eng Chang is airing on Disney+ Hotstar now. Doesn't seem to be anywhere to watch it for us International folks though.

Hopefully, all the Hotstar content aren't locked down to it.


This is likely airing on GMM25 a month later, probably replacing "Baker Boys"?

So this is expected to premiere on GMM25 on January 5th. This series is so good yet so underrated! No catfights, extravagent dramas, exaggerated situations, just slices of everyday life that you can find in any home. You have the one hit wonder's struggle, the strict teacher's misery, the unrequited love of a gay man, and so on. Production and acting is superb coming from both generations. Storyline telling is great also! I hope it keeps this pace till the end! cant wait to see ep 7 next week

I'm really liking this show. I thought Nanon's arc would be the most boring (same with "My Dear Loser: Edge of Seventeen" and "The Gifted") but I'm loving his story. Also amazing to see how he clearly differentiates San from how he acted Pran in "Bad Buddy", considering both shows are airing at the same time.

Nok Sinjai/Piploy's arc is really the most annoyingly childish at the moment, but hopefully she will go through the biggest character development amongst them. I only enjoy her story when her fanboy Paul/Songpon is there.

Khaotung is having some unexpected chemistry with Pawin, although I agree it's kinda messy to navigate the age difference between them. I'm liking his story and View/Kara Polasit's, although Jarunee really needs to lighten up.

Good thing this is already starting to pick up some more views. This is more of a "grower" show, you need some patience to navigate through it.

lol it seems like viewers have the same opinions on this. Even you and me kekekeke.

The only main characters I like right now is Paul. San and the teacher are ok but don't really grab my attention. The side characters are the ones that stand out most to me. Paul's niece, Greyta and Pipu.

They missed an opportunity to do a GL with Greyta x Jaya though 555+, but the age difference would probably give them a sad ending.

Could it be possible that Paul will be the only one who doesn't go back to his own body? So he gets to live an open childhood life that he didn't get to live? I kinda don't see that happening, because it would send a bad message to viewers, too. That the only way to be happy is to go back in time that of course, no one can actually do.

This is ending tonight, I hope that scene with Jarunee is just a "red herring" of sorts.

And oh boy, this need to pick up in terms of ratings. This got a 0.0 last Thursday, only F4 Thailand is really doing well at this point for GMMTV in that department. ("Bad Buddy" is obviously a different story.)
F

I think the rating is affected by the schedule. Some viewers may have watched the episodes on YT so there's no point in rewatching them on TV. The slow pace of the first episodes certainly didn't help either. Also, maybe the viewers watch GMM mostly for the BL series so this series may not be appealing to them

I think airing two Nanon series at the same time was a bad idea. People tend to ship actors, and they don't want to see them paired up with someone else (especially from BL to non-BL) so soon. I agree about the first 2 episodes. They were so slow and repetitive that I would have dropped the series, if I had something else to watch at the time. I've since have other things to watch now and have been dragging my feet watching the show though.

Also, unfortunately, the demographic into teen dramas, are more into romance which this series isn't heavy on.

I don't think the drama is so bad that it deserves a 0 rating. It's an ok watch, kinda slow paced though, and I'm not a fan of the dull coloring which gives it an even more subdued feel.
F

Just finishing the last ep and here are my thoughts. Heavy spoiler alert so click at your own discretion.


So Jarunee did died in the end. As heartbreaking as I felt, her death were justified because she took the pills before she turned back to 15. (Also, if you notice, the series kinda hinted that because Jarunee was the only one to celebrate her 56th birthday among the leads, and the sign never flipped to 56). Poor Boom's character and her dad who loved her with all their heart. Her funeral scenes were well done, love to see her becoming an inspiration for the other characters to enjoy their lives to the fullest. I believed she had passed away peacefully because she was able to live the life where her happiness is treasured instead of dull rules she had to oblige to.

Paul, I think, was the most sympathetic character out of the cast. All he got was heartbreaks after heartbreaks. The love he had with Mathee was always unrequited, and as soon as he found a person that loved him dearly like Phiphu, he had to turn back to 55 and left that love forever buried. The best moment he got was when he confessed his feeling to Mathee and received a hug (I did think by that time Mathee knew that the 15-year-old standing before him was Paul). I know this is a super unpopular options among viewers of this series, but I think I know why the writers didnt let Paul and Phiphu get together. I will explain it at the end.

I didnt really tune in to Jaya's storyline but I can see her development as a character. From an arrogant, snobby and sassy diva, she turned into a more reasonable, hardworking and overall decent people. She learned to move on from her past popularity and became more considerate towards her friends and manager. She was the most dislikeable character in the first episodes, but by the end, I understood her struggles and valued her efforts. Glad she was able to live her dream as a singer once again.

Thep was the most realistic character, to me. Similar to Jaya, he started out as a cocky, overconfident and somewhat negligent towards his family. He knew his family depended on him to save the doujo but he wasn't too determined to save them. We all have that moment in our life. Then you have his moments of temptations with the younger girls which broke his son's heart. Luckily the writers decided not to drag on that matter for too long and made him realize how important how his family is to him. I am glad to see his wife always supporting him even when he was off the track. I also loved his confession to his son, where he said he didnt know how to be a father because he never had a real father, but he would try to do his best. The moments where he was excited to see his son got a lover, when his son joined his training are the most father thing I've seen, stereotypical but genuinely convincing. Kayavine delivered a stellar performance, especially between costars with different ages. Its good that despite many hardships, he still got his passion for boxing burning vigorously in his heart till the end.

San's storyline is probably the most touching. He was pushed to his downfall at the age of 55 because he was never understood by his parents. What he did was always considered rebellious and brought shame to the family. His dad never gave him a proper lecture and only belittled him for his mistakes. That's why he left his house to spite his dad, even though he knew that he would have to leave behind the woman of his heart. Had his family been more accepting and understood their son, San would never have been put in such predicament. Fortunately he was able to stay with his dad and made up with him on his deathbed. Also, he was able to actively fight for his love when he saw the apple of his eyes mistreated by her husband. Out of 5 characters, I thought he was the one to be most mature. Nanon is a great actor, he was really convicing when he expressed his character's love for Prim without making viewers awkward with their age gap.


Overall, I was wrong to say that this series had an upbeat feeling. Well, maybe I'm not as wrong. The series did have heartwarming and comedic moments, but as a whole, the ending was rather realistic, and that's what makes it sad no matter how you viewed it. Reality is always a bitter pill to swallow, and magic doesnt exist to rectify this situation. At the end, Jarunee still had to die, Paul still had to turn his back on Phiphu and Thep still lost the doujo. The 29 days living in their 15 selves may have been a good dream for them, but at the end, everyone will have to turn back to 55 and face their fate, with all their remaining problems. Whats different this time is what they would choose as their priority. Take Thep for example. At the end, although he still lost the doujo, he was no longer burdened by that fact because the most important thing to him then was his family, no longer the doujo. Paul is the same, he understood that true love is not possessive, and was willing to make sacrifices for his loved ones to be happy. Jarunee too. She was able to live the best of her lives and spent time with her loved ones until her last breaths.
An easy 9/10. There were some slow and weak moments but overall a masterpiece in the slice-of-life genre with decent pacing and consistent scripts. The ending, although in no way perfect, presented a satisfying closure to the series, where everyone was able to pursue their truly most precious thing in their lives. The music is good too, especially the ending song. It synchronized so well with the series and gave off a very bittersweet vibe. Congratulations to all the actors and production team, they really just delivered one of the best gems of 2022.

So this is Jaya's song


Christina Aguilar happens to be part-Filipino.

omg the song is real lol