Lim Bun Hou or Songward is fired from lieutenant school because he is Chinese man and alien even if he will graduate soon, but he don't give up with his destiny.
He will never back to manage teahouse which is business of his family that full of lustful, but can he get away from that place when he still be in Yaowaratch.
He decide to sell a rice, and be supported by colonel Punyuth or Aye who is his adopted brother that is Thai family adopt him because the one benefit.
The way of Songward is defamed, and finally he have to mess with crime and competition in Yaowaratch, but the tiger like him is chained with gratitude of Chinese family that is his uncle,
and also Aye who adopted him. He have to exchange everything with his tear and life of the girl who he love most.

Tiang Ju's parent have to die, her house become the teahouse, and she have to be orphan that is vagrant since she was 12 years old. because of Lim Meng Hong's egregiousness
so she only can keep her rancor in her heart, and wait for disaster of Lim Meng Hong. She need him to leave this cruel uncle, but it never happen because Lim Bun Hou kill someone for Lime Meng Hong
and he will also find the way to part her and hia Hou away.

Songward love Tiang Ju so much, and cherish of her since she was child. Songward wait for Tiang Ju to grow up as magnificent girl who beside him but when it's that time.
Everything can't easily end up. Tiang Ju can't be as before, and Songward can't leave anything among kindness, love and rancor.

No matter what happen, Songward will self-immortally keep fighting, and he will fight like a tiger. One day, he will be great guy that like great dragon,
and Tiang Ju will live beside him in one day. 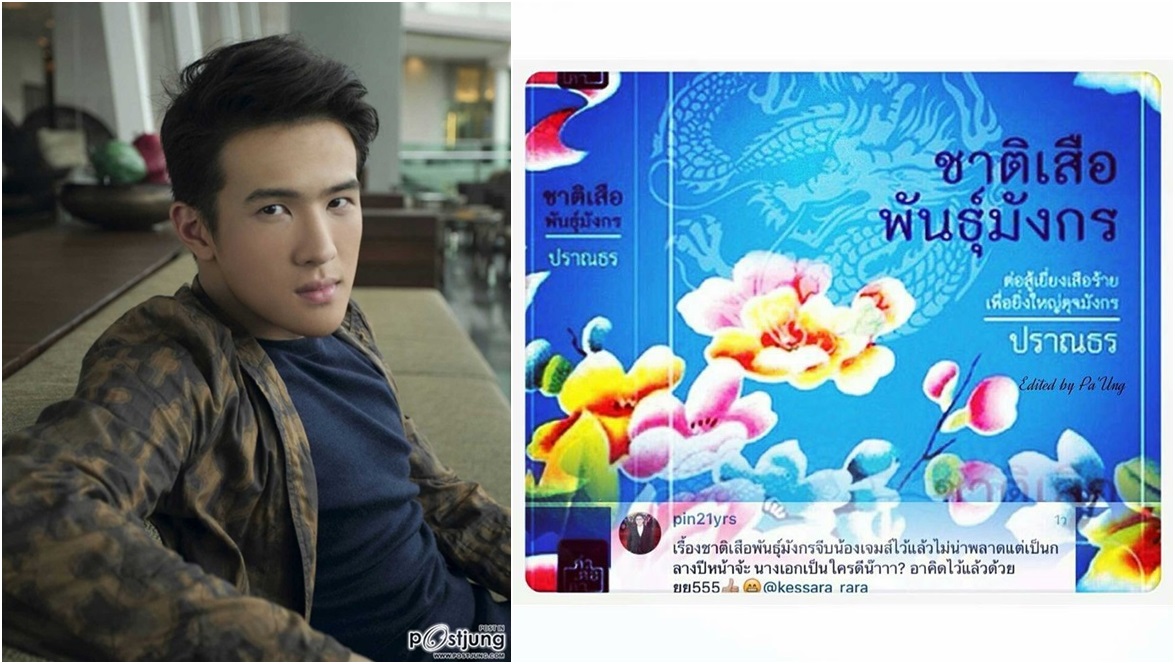 i wish mint will be here it will be great

Wow JMa's 3 lakorns for TV Scene  but why period :weep:
I want a new N'ek for him. Yam, Preem, Mew. Mew is busy so i hope its Yam or Preem

N'ek in this lakorn is younger than Pra'ek so much because pra'ek will take care of her since she was child, so n'ek in here have to be younger than JMA for many years

If nang ek has to be way younger than pra ek, then they should use a pra ek who is older than James Ma. James Ma is too young looking to be able to take care of a little girl. But if James Ma is going to be pra ek then I would like for nang ek to be Patricia, since she looks young enough.
B

Hope the main actress is Patricia

Patricia is fine too but I really want Yam!

Based on synopsis it might be suitable if they pick chinese looking actress... Chinese half blood in ch3 are Taew,Preem,Mint.... Taew and Mint are busy idk about Preem.... Recently Preem was casted in other ch3 lakorn so maybe they wont be considered.... So the nangek is open for other people... Maybe we can see Yaya, Yam, Margie, Kim, Mew, and so on....

If p'ek has to look older than n'ek I'd probably say Patricia or Yam. Not sure many of the other n'ek could pull off being significantly younger than James Ma.

Matt all the way!!!!! In Ka Badin Matt was "so much younger" than James lolols, he dated her sister when she was a little girl then she grew up and he was still as handsome and baby looking as ever so it's okay here too haha. I wouldn't mind seeing Bella in here either DDDDD
H

If this is TV Scene Product, then I'm hoping for Yam plssss

I read somewhere says Mew Nittha is his Nang'ek in this lakorn??? Was it true???

If it is really Mew, omg. That height difference!!! XD

Oh it'd be cool if it were Mew. She could pull off being younger.
E

the only similar is all character that he play has a gentleman image for me but it seem he will be bad guy in lakorn akom with margie? anyway i like that he acts with different actress like this. i'm a bit tired with koo jin thing. when watching korean drama i'm sad because the actor & actress usually will only pair once but in lakorn i'm annoy because sometime they often pair together lol not to mention same type of storyline. i'm complaining & babling yet still watching them haha

mew with james ma. can't wait for their fitting pictures! their height difference will be adorable!
Last edited: Jun 6, 2016
E

based on the synopsis, this lakorn must has many action scene like his other lakorn before. james ma always has fighting scene in his lakorn even in modern lakorn like PCKNMCPW with kimmy & akom with margie LOL

but i'm not complaining since he looks hot even with bloody face in lakorn with kim
Last edited: Jun 23, 2016
E

aww they both look adorable together
https://www.instagram.com/p/BHHy39_BJtz/